Liquidity mining is a network participation strategy in which a user provides capital to a protocol in return for that protocol’s native token. - Dmitriy Berenzon​

Liquidity mining (or bet mining in the case of SportX) fits our principles as it is fundamentally the most democratic way to distribute ownership in the platform as it gives everyone an equal chance of earning and owning the SX token.

During this program, 200,000 SX will be allocated to users on the last day of each week, proportional to their gross winnings, which roughly translates to:

We chose to reward protocol fees to discourage wash trading. Rewarding based only on volume can be sybil attacked as bettors don’t pay fees on events that end in a draw or cancelled.

All SX distributed through bet mining are automatically staked, and therefore subject to the 30-day cooldown period for withdrawals on staked SX. SX token holders will be able to vote to allocate additional SX towards further liquidity mining initiatives. 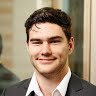